XLB Assurances: Because the forest is a valuable asset

The forest covers more than 15 million hectares of France and plays a vital economic and ecological role in the country. It is an integral part of the nation’s heritage which must be handed down ‘in good health’ to future generations. Quite naturally, the forest is therefore a major concern today. Numerous management documents are produced and applied, as a legislative requirement, to ensure that the forest is managed in a respectful and sustainable manner. Forestry management is planned for decades and a far-sighted vision is crucial.

Yet only 5% (out of a potential 25%) of France’s private forests are currently covered by insurance.

How can we make forest owners and local authorities understand that forest insurance is one of the basics of good management? XLB Assurances has made it its job to promote insurance among forest owners.

“I came into the realm of forestry by chance but it’s now a real pleasure to be working in this sector!”

smiles Xavier de la Bretesche, founder of XLB Assurances, an insurance firm based in Laval in western France. This nature-lover has always been keen to operate in niche markets with their own particularities, and forest insurance certainly falls into that category.

Founded in 2001 from what was left of a former insurance company that did not survive the 1999 storm and the astronomical sums it had to pay out, XLB Assurances is mainly involved in the insurance of forests and natural spaces. It is the independent leader on the French market but achieving that position was no easy feat, especially in the early 2000s when many insurance firms stopped offering this product, for which the risks are difficult to price.

With his iron will and firm conviction that the market offered much potential for growth, Xavier de la Bretesche spent a year developing a network of partners that have remained loyal every since. “The program's main underwriter has been with us since the start.”

Advising and assisting the public authorities

Xavier has been firmly committed since his early days in the profession. He knows the ins-and-outs of the discussions that have influenced laws on insurance cover for the forest since 1999. “My first Senate hearing was before the Law Commission in 2001, when I raised the possibility of separating the fire and storm risks in forest insurance. A request that was accepted.” 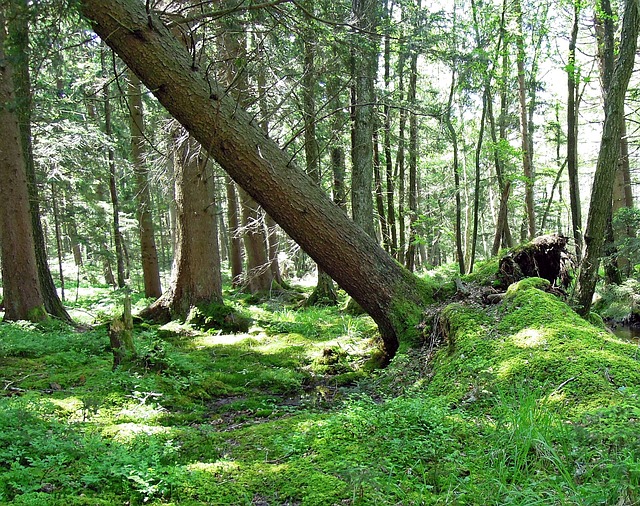 After the 2009 storm, when working on the act to modernize agriculture, the government stimulated growth of this market by relieving the public authorities of the insurance charge, which was difficult to forecast for hard-pressed public budgets. Xavier de la Bretesche’s idea of including forest insurance in the DEFI scheme budget made it possible to fund forest insurance from revenue earned from a category other than the forest itself. Indeed, while the forest increases in terms of wood volumes each year, this does not systematically translate into a rise in income. Yet insurance is required every year.

The 2010 Act to modernize farming and forestry enacted the State’s divestiture with regard to forest replenishment after major storms. Hence, since January 1st, 2017, aid is no longer available for forests after a storm. This is a major change. In 1999 and 2009 for example, forest owners received aid to replenish their forests.

Since last year’s change in government, this law is now pending amendment. Xavier de la Bretesche is part of a working group on the French ‘national fund for forest risk management’, which may be called upon to make proposals to the government. He is extremely active and holds a central position in the discussions between foresters, the Ministry for Agriculture, the government and parliamentary members.

The CIFA: a management tool to assist forest owners who manage their own estate

An outcome of the Act to modernize farming and forestry, applicable as of 2013, the Forest Investment and Insurance Account (CIFA or Compte d'Investissement Forestier et d’Assurance) was established to provide funds to meet initial requirements after a disaster and complete the necessary works within the required timeframe. This fund benefits from the same tax schemes as the forest itself. The savings set aside for the forest are also generated by the forest itself.

The still rather low-profile CIFA is not widely popular among forest owners who are reluctant to invest to protect their assets. Perhaps it is time to make some changes?

With 340,000 hectares insured against fire and storm risks, XLB Assurances is a benchmark in the forest protection sector. However, Xavier de la Bretesche points out that there is still much to be done in terms of insurance in France and makes one strong recommendation:

“Don’t leave your assets unprotected! Ask yourself: what else do you own with as much value as your forest, and which you haven’t insured?”

Some food for thought pending future legislation concerning the forest.

Forest insurance is viable these days and we recommend you take out insurance cover when buying a production forest or when acquiring woodlots that are likely to gain value over time.

Why insure your forest?

How do you prepare for felling work in your forest?