The forest market in France is very buoyant  but remains subject to the vagaries of the national and international economy. According to the 2016 Forest Market indicator established by S.A.F.E.R. (the rural development and land use organization) and the Forestry department of the Caisse des DÃ©pÃ´t et Consignations, the price of forests started to rise again in 2015, after four years of stability.

Since 1997, the average price of French forests has doubled.

This is no doubt correlated to the continually rising price of farm land, which is much sought after. Forests located in the north of the Paris basin are by far the most expensive, no doubt because they are also the rarest!

Much thought goes into a forest acquisition. We usually distinguish between the acquisition of 1 to 10Â ha, where the buyer is looking to own a little slice of nature or a supply of wood while investing his money, and the acquisition of a much more extensive estate that also stems from a desire to invest combined with the practice of a very popular pastime: hunting.

They are mainly looking for firewood and a secure investment. There has been a 4% rise in acquisitions by private owners over the last few years and they are still the largest group of buyers on the market.

Market prices had remained stable for four years, but started to rise again in 2015. The number of transactions continues to increase, boosted by the sale of parcels of 1 to 10Â ha.

However, there has been a significant fall in the market for forests of over 100Â ha. This is because the owners of large estates prefer to keep hold of their properties during periods of economic instability. Indeed, forests remain a safe investment.

The French forest market is correlated with the forest economy, 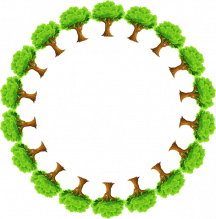 which evolves in line with changes in society and the global shift towards more environmental values. The COP21 conference held in Paris in 2015 testifies to this. In fact, we can even further back to 1992, when the Kyoto protocol laid the first building blocks for these changes.

Now, the forest is first and foremost seen as a carbon sink, helping to reduce greenhouse gas emissions. Through photosynthesis, carbon dioxide is sequestered and carbon stored in the trees and wood-based products, meaning the timber sector has a real role to play in mitigating climate change. The final COP21 agreement acknowledged the position of agriculture and forestry when tackling climate change.

This is a market subject to European and international political decisions, which means respecting certain rules but also implies the benefits of aid, such as the EAFRD scheme. This is a European fund that supports projects linked to the fuelwood sector and a renewal of the timber sector, through funding for forest tracks and reforestation.

The forestry sector generates an economy with jobs and is a source of energy. This needs to be taken into account to establish an all-encompassing view of the forest in France, especially since the public authorities increasingly urge people to invest in the forest in response to environmental changes.