In Québec, instead of forests, people talk about woodlots... Characterized by its vast stretches of forest and water, as far as the eye can see, Québec is quite rightly proud of its stunning vistas. The people of Québec are welcoming, inquisitive and warm, and they speak French and English, switching from one language to another with impressive ease !

With landscapes and people like that, who could resist the call of the province’s forests ?

Forêt Investissement can offer personalized support if you are looking to buy a woodlot in Québec : Focus on what you need to know when making an extraordinary investment like this.

In the early 16th century with the arrival of European explorers like Frenchman Jacques Cartier, settlers made their homes along the Saint Lawrence River between Québec and Montréal.

They had around 50 hectares of land with which to sustain their families. Every piece of land had access to a river and a road ; the resulting subdivision of property is precise, with a rectangular network defined in rows and lot numbers.

The woodlots follow the same pattern so there is always  easy access and there is water everywhere. With rivers, riverbanks and lakes, the lots usually cover a surface area of between 30-60 hectares. The average surface area is 50 hectares for the 134,000 forest estate owners.

Only 20% of land is privately owned (agriculture and forestry) and woodlots alone account for 16% of private land. They are all grouped along the Saint Lawrence River, which flows into the North Atlantic Ocean. Whales great you at Tadoussac, at the mouth of the river where fresh water and seawater meet.

Generally speaking, private lots are located less than 200 km from the Saint Lawrence River and less than two hours away from a big city and airport (Québec, Montréal, Ottawa, or Toronto). A great advantage when buying a woodlot in Québec because the private forests are never far from the big cities , so you can combine the benefits of the great outdoors and the urban centres. 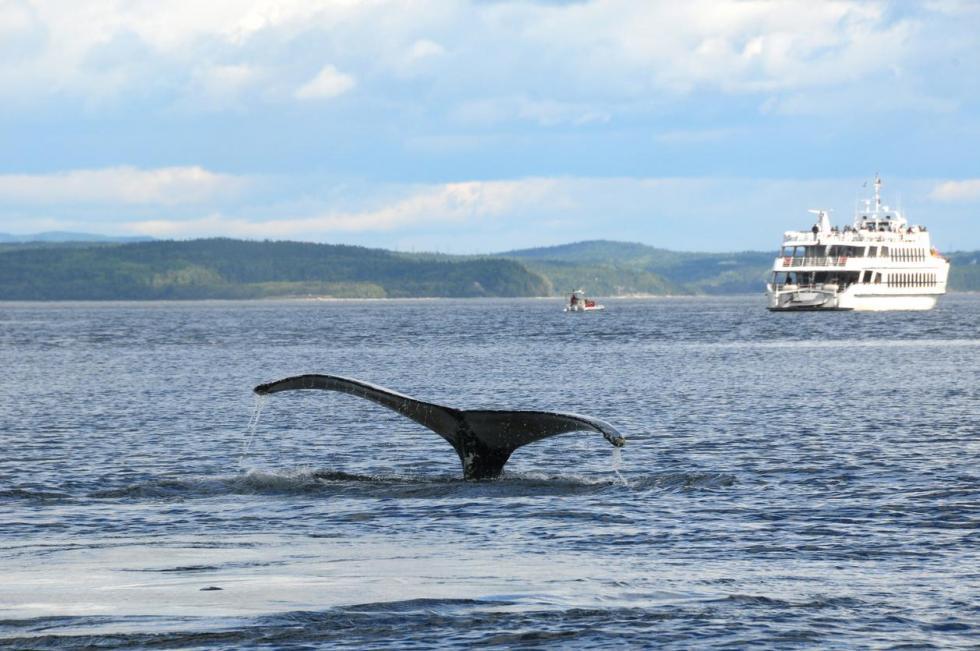 The Canadian north, a land of adventure

Further north, you will find the big hunting and fishing estates, with surface areas ranging from 500 to over 30,000 hectares; this is where you’ll find the outfitters.

These are usually concessions leased from the government (officially known as the Crown lands) for a given time or, less often, with an exclusive and transferable right. It is also possible to acquire private woodlots exceeding 6,000 ha on a single site.

The realm of the outfitters...

The main trees in the Québec forest

The main conifer species in the forests is the Spruce. White, red and black spruce are all mainly used for timber in construction.

The most emblematic species is, of course, the Maple, of which there are several varieties including the sugar maple. Red oak, white oak, beech, white birch, yellow birch (also known as wild cherry or merisier) are also abundant, especially in the private forests, as well as the tulip tree, linden and poplar. 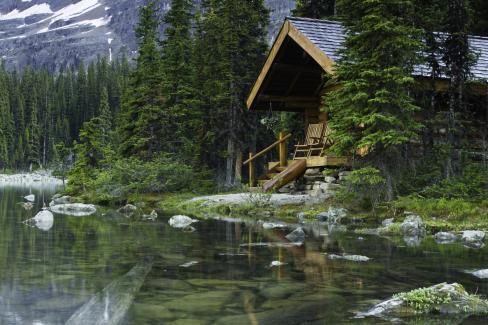 Some woodlots have their own chalet, usually built from wood, or a more modern construction on the edge of a lake.

The substructures are stone or concrete and are raised to sit above the snow and anchor the construction.

The visible part of the house is built from logs or a wooden frame, while the outer cladding is painted wood or composite panels.

The roof is timber clad, asphalt shingle or steel sheet. ... buying a woodlot in Québec is all the easier.

In Québec, you can build in your forest! In fact, outside the cities and towns, any land that is not classed as agricultural can be built on. So while green farmland is not building land, the ‘white zones’ are, in other words pretty much everywhere else in the country!

It only takes a few weeks to obtain a building permit. You will need access to water and electricity, but given the extent of the province’s river network, it is not difficult to get access to water even where there is no municipal network.

Forest management is governed by development plans and qualified forestry managers are easy to find. (Laval University, located on the edge of Québec City, is world renowned for the quality of its forestry education).

Forest management is usually quite simple: clear felling every 80 years with natural regeneration for conifers, or removal of 30% of the trees every 30 years for deciduous species. Forestry methods imported from Europe appear to be gradually gaining ground in private forests in Québec: the aim is to opt for less radical methods that clear felling and replant the most productive species.

There are some fine production forests in Québec, prices are affordable and logging operations uncomplicated. 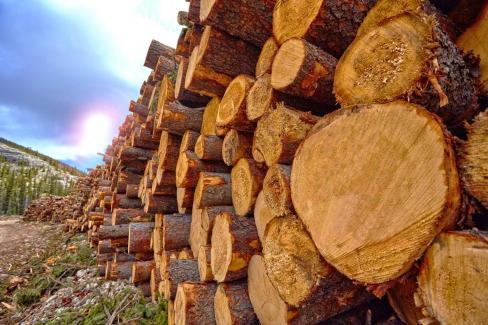 Timber prices are calculated on the basis of public sector sales with a small bonus to support the private forests (85% of the Québec forest is publicly owned).

Prices for timber from the public and private forests follow global supply and demand but especially prices in North America, a major construction timber market.

It is not permitted to export raw logs: they must be processed in the country before export as paper pulp, rafters, planks, floor boards, plywood and the like.

The sugar maple is more specific as it is key to the local economy. In fact, this sector accounts for more than three times the sales revenue from firewood in the private forests.

The Québec forest also offers huge recreational opportunities with whitewater rivers, vast lakes, villages and scattered houses and settlements, and log cabins reached by forest tracks. There is Game everywhere and the rivers teem with fish.

In summer, there is easy access by road, and in winter you can get around using a snowmobile or all-terrain vehicle (quad or 4x4). These vehicles are also used for transport, bringing in supplies, for certain jobs and for clearing snow. In winter, many secondary roads are backed up by tracks so you can cross the whole country on a snowmobile.

On some forest estates, income from shooting and fishing leases can be as high as the forestry income.

Prices are based on comparisons or municipal assessments, and there are some bargains to be found!

Along the Saint Lawrence River

In Québec, the private forest is spread over several regions managed by forest producer unions.

Forest prices range from 2,000 to 6,000 Canadian dollars/hectare, depending on how close the big cities and river are. Woodlots can often be built on, are easy to access and near to urban amenities.

Further north, the Boreal forest is harder to get to: you should count three to five hours drive from one of the big cities. Trees are not as dense. However, the hunting and fishing terrain is magnificent and truly wild. This is where you’ll find the Great Lakes, close to Indian territory.

Some outfitters (hunting and fishing estates) can only be reached by boat or seaplane in summer or by snowmobile in winter.

Be warned: these attractive prices are set to change. The price of timber (a commodity) is rising all around the world due to sustained demand from emerging countries and the recovery of the construction sector in the USA. 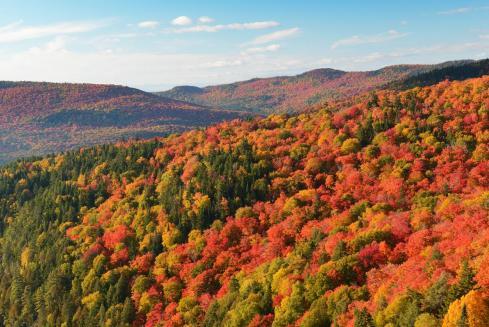 In Québec, people live with the seasons. Spring is mild and summer very pleasant, with no heavy heat. The forests mean that fall brings a stunning palette of color, which we know as the Indian summer.

Winter, the Québecers’ favorite season is magical, with the cold, sunshine and snow bringing a special kind of beauty while nature sleeps.

Québec lies on the east coast so the private forest is protected from storms and fires are rare. The growth period is short because of the long winter so there is fine growth of the timber, which is appreciated by the construction industry (northern lumber).

Québec, back to natural living

Would you like to acquire a forest in Québec, return to a more natural life, with the seasons, the great outdoors, time easing by, living with warm, authentic people, while remaining close to a big city and less than two hours from an international airport?

Forêt Investissement has developed a comprehensive service to help you as you invest in the forest: Our expertise draws on a network of forest professionals, legal experts, urban planners and fishing and hunting guides, to help your investment a success and your dream come true.