The black bear, caribou, moose, red deer, wolves, beavers along with the Canada grouse and the great gray owl are all at home in the Boreal forests of Quebec. One of the planetâ€™s richest ecosystems. Here, private forests are rare, which makes them even more special! ForÃªt Investissement is here to help you find the forest you are looking for.

The Boreal forest is the most extensive type of forest in Quebec.

It is at the heart of the Earthâ€™s largest terrestrial ecosystem and therefore draws a lot of attention! Crossing Quebec from east to west, the Boreal forest covers almost one third of the province and harbors some extremely diverse fauna and flora, including 150 breeding bird species. There are deciduous trees and conifers, but the dominant species is the black spruce.

Characteristics of the Boreal forest 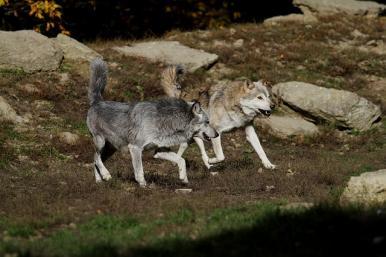 The Boreal forest stretches over a large area of Quebec and has a majority of conifers, with five main species: white spruce (mainly on well-drained uplands), black spruce (in the damp lowlands), balsam fir, jack pine and American larch. Deciduous trees only account for 25% of the forest cover but are still significant with species including the quaking aspen, balsam poplar, paper birch, various willows (American pussy willow, gray willow, shining willow), gray alder and green alder (especially on damp sites).

Mainly publicly-owned, the Boreal forest is subject to a lot of attention given its importance in a large part of Quebec. In this vast province, the maximum size of the cutover is regulated. At the same time, the Canadian authorities have made huge efforts to monitor and protect the forests from fires and to prevent the spread of insects and diseases. There is thus a very vibrant forest sector. 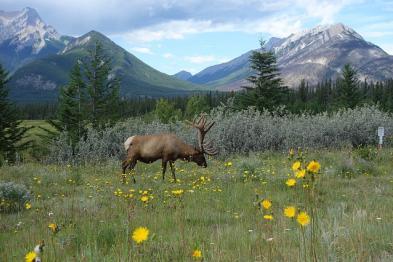 Half of the Boreal forest stretching across Canada is classed as productive forest land. Over the last 15 years, world demand for paper pulp and timber has grown significantly. These public woodlands are thus exploited, subject to the conditions set out by the authorities.

A large proportion of these forested areas are heavily protected and the subject of much concern, for example the Mingan Archipelago National Park Reserve and the Forillon National Park. Several Canadian model forests have been established in the Boreal forest, most notably the Waswanipi Cree Model Forest in northern Quebec. These â€˜modelâ€™ forests work to develop sustainable forest management techniques and share their results with the surrounding community.

Mainly publicly owned, the Boreal forest is subject to a lot of attention.

The Boreal forest is most extensive type of forest in the country and is a vast living laboratory where the worldâ€™s largest forest ecosystem can be studied. The Quebec Boreal forest accounts for the largest portion of the provinceâ€™s forest massifs and remains largely publicly owned. However, with professional advice, it is still possible to buy a property in this area.

We therefore recommend you call on ForÃªt Investissement to guide you through your search for a Canadian forest. Forestry is really a job for the professionals!