The Acadian forest is a transitional zone between the Boreal forest and the mainly deciduous forests that cover the northeast of the United States. Although not all that extensive, this forest zone comprises a wide variety of species.

The broad mix of deciduous and conifer species is what characterizes the Acadian forest.

Nearly 400 years after the arrival of the Europeans, who exploited the forest’s natural resources, the Acadian woodlands are still just as appealing. And it is still possible to buy a forest in New Brunswick or Nova Scotia!

The Acadian forest, a dense woodland in the Maritime provinces

It only covers 2.2% of Canada’s forested land and yet the Acadian forest region is quite remarkable for the wide variety of deciduous and conifer species it harbors. This is a mixed forest with a dense patchwork of deciduous trees and conifers.

The concentration of privately-owned woodlands is also highest in the Maritime provinces. 47% of the forests in Nova Scotia are private and 30% of those in New Brunswick. Which of course means there are plenty of opportunities for buyers in New Brunswick and Nova Scotia! 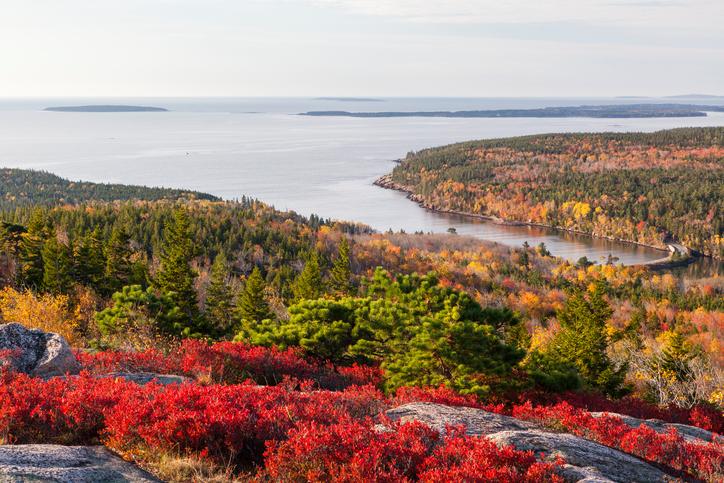 Surrounded by the sea, this forest region has some uplands that are exposed to the dominant sea winds, directly influencing the growth and conformation of the forest stands. In most of the region, there is a stable, moderate maritime climate. However, the winters can be cold and snowy and summers rather cool.

Lying close to the oceans and sea ports, the Acadian forest is susceptible to the invasion of exotic pest organisms, particularly in the areas that have undergone clear cutting. It is at the center of ecological concerns as there are fewer animal species present today.

A myriad of species

The Acadian forest, and especially around Grande Vallée-Anse in the Cape Breton Highlands National Park, is known the world over for its ancient deciduous stands and its even-aged stand of centennial sugar maples.

The Acadian forest is extremely diverse and harbors some dense fauna and flora.

In the Acadian region, there are some isolated stands, particularly in the lowlands along the coastal fringe and in the large protected valleys. These stands are separated by mountains.

Some valleys feature only deciduous trees such as Cape Breton, where we find sugar maple, cherrywood, American beech, balsam fir and eastern hemlock. Other woodlots, however, include red spruce, red oak, white ash and American hophornbeam.

The Acadian forest is extremely diverse and harbors some dense fauna and flora. Some healthy trees can live for 100-300 years and measure up to 1 meter in diameter.

The Acadian forest is very well-known to Europeans who have been exploiting its riches for several centuries now. It is possible to acquire a forest in New Brunswick or Nova Scotia, maritime areas of Canada. There is a high number of private owners in these provinces, reputed for their vibrant forest economy.

In fact, there are 40,000 private forest owners in New Brunswick.

They are split into two categories: ‘non-industrials’, who share 1.7 million wooded hectares, and the ‘private industrials’ who own 1.2 million hectares.

The surface area of a private woodland in New Brunswick ranges from 10 to 4,000 hectares, with an average estimated at 45 hectares. 30% of this area is taken up by small plots so there are plenty of opportunities for buying a forest in New Brunswick or Nova Scotia. 51% of the forest here is private! 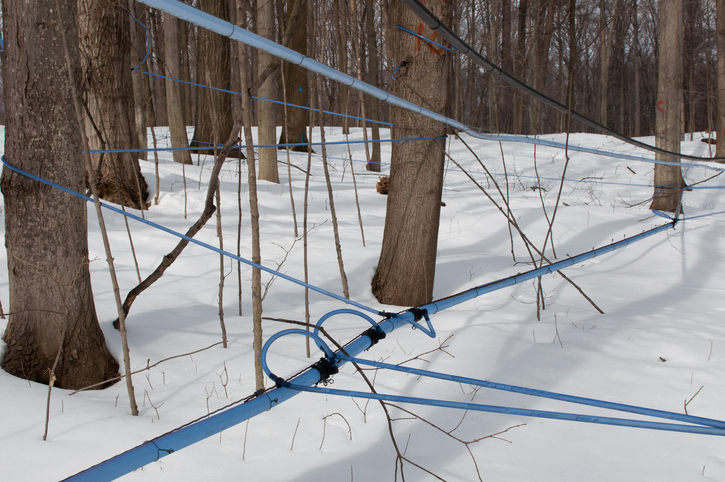 There are 31,000 private owners in Nova Scotia. Of the 3.9 million hectares of woodland, 1.7 million are owned by private ‘non-industrials’ and 850,000 hectares by industrials. The average size of a forest property in this part of Canada is 57 hectares. The forest is exploited for maple syrup, Christmas trees, berries and firewood. These are all ways of making a profit from your investment in Canada’s forests.

It is worth noting that some of the ancient stands in the Acadian forest are protected. The forest is under threat with the risk of losing some tree species. In previous decades, clear cutting work led to extensive deforestation to the benefit of agriculture, and this was followed by significant industrial forestry operations.

Protection programs have been introduced by the public authorities, in agreement with private industrial and non-industrial forest owners. Buying a forest in New Brunswick or Nova Scotia means contributing to a sustainable development approach to woodland management.