Ranked third in the list of the worldâ€™s ten most forested countries, Canada is a model, particularly for its sustainable approach to the forest management. Most of its forests are publicly owned. Canadaâ€™s private forests still account for 6% of the 416 million hectares of forest, so there are some great opportunities to invest!

Canada and the forest: a natural pairing.

The woodlands are of great importance to the Canadians from an economic, social, environmental and cultural point of view. The forest is everywhere: in the wetlands, on the plains, in the mountains, in coastal regions and even in the city. It is an important source of wealth. Buying a forest in Canada also means contributing to the national economy.

The Canadian forest: diversity above all 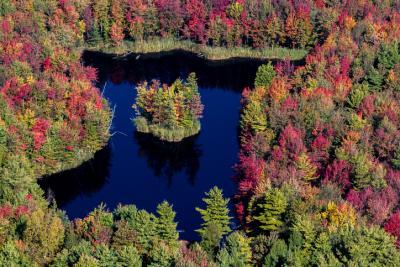 There is not one but several Canadian forests. This is because it stretches over such a vast area. If fact, it covers nearly half of the countryâ€™s land.

Naturally, the variety of species differs from the coastal plains to the mountain slopes in the far north.

The diversity of species is also impressive: there are no fewer than 149 deciduous species and 31 conifer species.

The conifers include spruce, pin and fir and account for 67% of the Canadian forest, while deciduous species such as the famous maple, the ash and oak occupy 15% of the woodlands. Mixed forest â€“ a combination of conifers and deciduous trees â€“ covers 18% of the wooded areas.

According to a book by Ken Farr, published by Editions Sa MajestÃ© la Reine du Chef du Canada in 2003, there are eight types of forest in Canada:

His geographic description provides information on the forests found in Canada. It explains the development of certain species and how they are used, as Canadaâ€™s forest is a huge economic asset.

The forest, a source of wealth for Canadians

Canada is strongly influenced by its forest (which covers nearly half of its territory) and, for almost 400 years now, the country has adapted its modus operandi to the economy that the forest generates. If we look at things from a global viewpoint, Canada has the best balance of trade for forest products in the world. Naturally therefore, many towns and villages have developed in strategic positions to facilitate access and establish better transport links, provide a site for timber processing businesses and enable the export of forest resources. 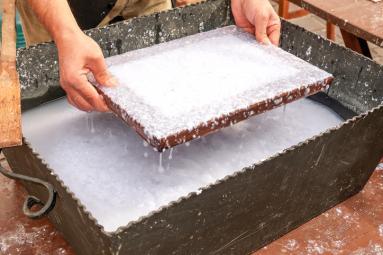 The forest is a significant source of wealth for Canadians and buying a forest in the country is a sound investment.

From the manufacture of solid wood products and paper production to logging operations and forestry, there are multiple benefits from an economic, cultural and environment viewpoint.

There are three main sectors to take into account when buying a forest in Canada:

Investing in a private forest

Forestry is an extremely profitable business in Canada. The federal, provincial and territorial owners of the public woodlands entrust forest management to private logging companies. Some 0.72Â million hectares of forest are harvested each year by the public sector and by private owners, of which there are many. 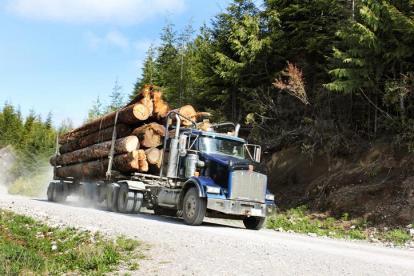 Across the country, 425,000 private owners share 6% of the Canadian forest. Many forests in New Brunswick, Novia Scotia, Ontario, Quebec and British Colombia are owned by forestry companies. Meanwhile the smaller forests and woodlands are family-owned.

They are very well-managed: 13% of the private forests produce 18% of lumber in Canada, a significant contribution. The location of these forests is closely linked to the construction of the railways and agricultural settlement.

Before investing in a forest in Canada, it is advisable to look closely at the forestâ€™s location and proximity with the main urban centers.

Prices vary from one region to another. For example, the private forest is more expensive in the Eastern Townships than on the GaspÃ© Peninsula. A complete woodlot in MontÃ©rÃ©gie will cost around $7,500/hectare, compared to an average $1,300 in Matanie.

With its 300Â millionÂ hectares of woodland, Canada is undeniably a forest country. It is ranked third worldwide in terms of forested surface area, which is a real advantage for anyone looking to buy a forest in Canada. The forestâ€™s assets must be protected by maintaining a balance between its multiples uses and its ongoing ecological function.

The silvicultural methods applied have to ensure regeneration so that the original natural diversity is conserved. When exploiting the forest for lumber in Canada, forestry practices must therefore take into consideration ecological factors, the forestâ€™s health and wildlife habitats.

The Canadian forests are one of the countryâ€™s natural resources and have to be managed sustainably. These forests are even seen as â€˜modelsâ€™ and are a site of scientific and technological research. Canada therefore strives to maintain a proper balance between profitability and the environment.