In Québec, hunting is definitely part of the culture. There are few families without hunters in their midst, and the hunting season is eagerly awaited. It's almost sacred! Very often, the two weeks’ annual leave are taken at this time, to head into the woods and come back with a supply of meat and some excellent memories!

This meat, known to Québecers as ‘wild meats’, cannot be sold. It contributes to a strong gastronomic tradition that is passed on to family and friends.

Hunting in Québec is governed by complex regulations which are quite different to those applicable in France. Non-resident hunters are welcome, but they are subject to some specific requirements.

What game is found in Québec? 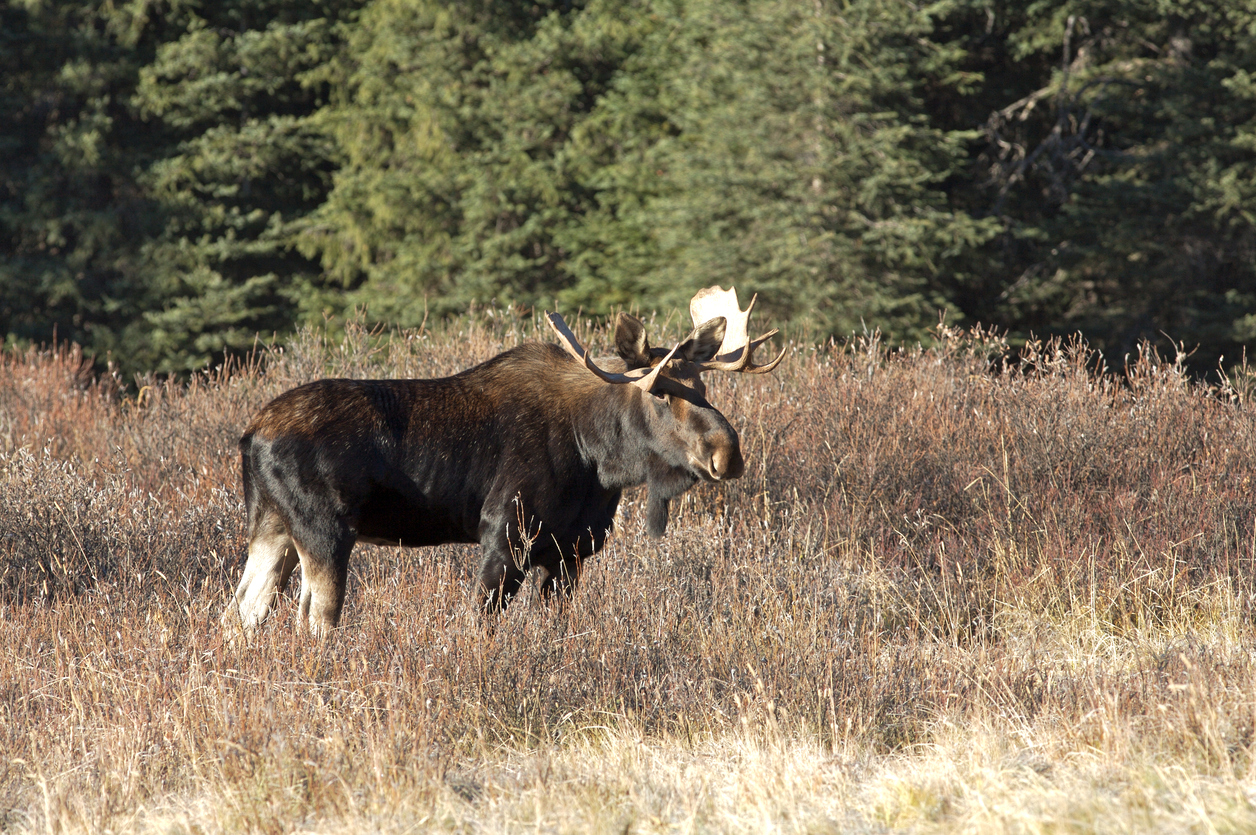 Small game and big game hunting are both popular in Québec. Hunting periods are mainly from early September to late November.

Big game species that are hunted includes black bears, white-tailed deer, caribou, moose and wild turkeys (which are not classed as ‘small game’).

For big game, you need to acquire a ‘hunting license’ for each species you want to hunt, and the same species may be covered by more than one license.

For small game, one license covers all species, including the hunting of wolves and coyotes.

First of all, you need to refer to the map of the 29 hunting zones of Québec to decide where you want to go. You can then consult the regulations that apply there.

Then, depending on your ‘equipment’ – bow, crossbow, rifle, muzzle-loader (black powder) – the season opening dates differ. It is very important to understand all the rules and restrictions that apply to the species, area and hunting season.

In some areas for some big game species, there may be specific opening periods for bow, crossbow, or black powder hunting.

(except for hunting geese, ducks and wild turkeys) and that the use of dogs for hunting big game is prohibited.

Battues or drive hunts that are popular in France are never seen in Québec. Here, black bears and white-tailed deer hunt from lookouts in places where the animals were fed before the hunting season.

To hunt caribou, hunters wait in their areas where the animals are known to pass. As for moose, they are hunted from lookouts and by stalking, imitating the noise an aggressive male makes to drive other males out of its territory, or the noise the female makes to attract males.

In Québec, bag limits differ according to species and area. 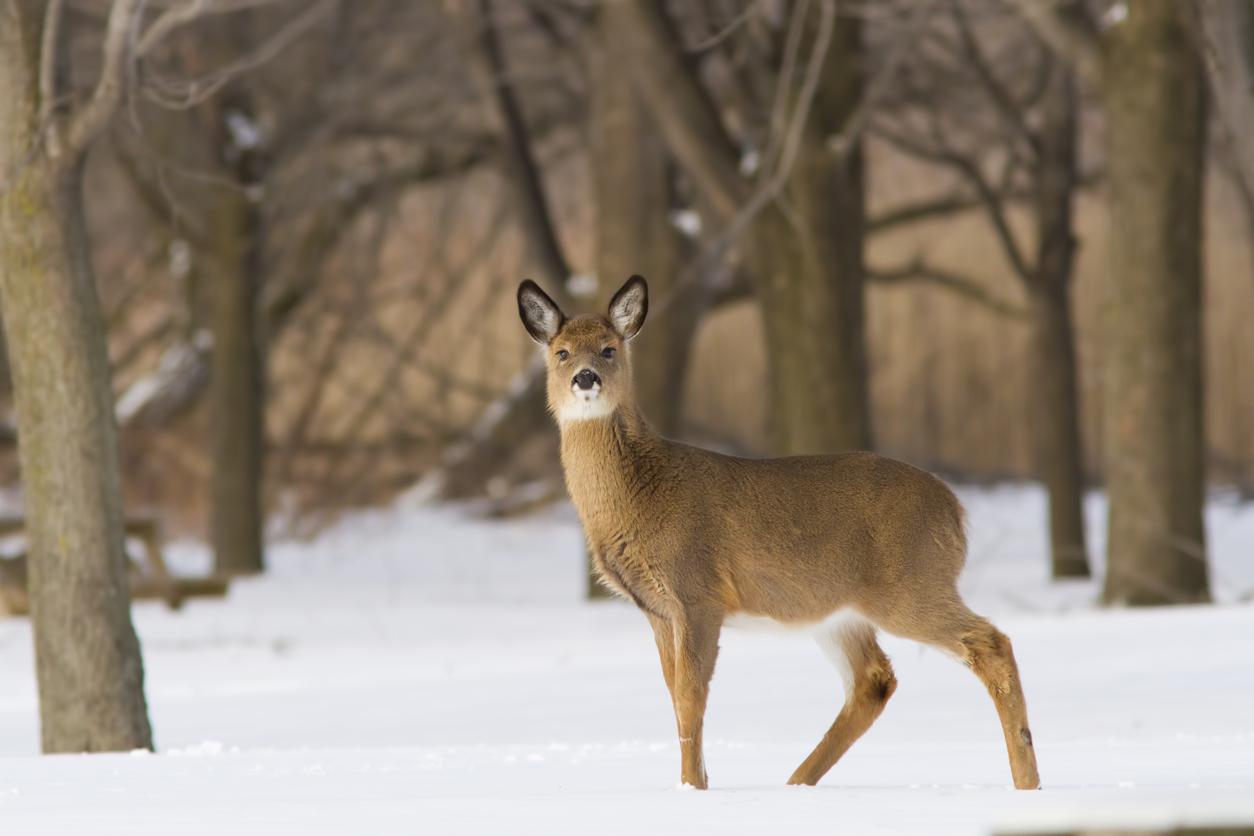 For example, for caribou, a person may only hunt in the part of the area indicated on their license.

The bag limit is 2 caribou per license period (August 15–January 31) for all areas where hunting of this species is permitted.

The bear may be hunted during two periods in certain areas, in spring (May-June) and fall (September-October).

A hunter is allowed to kill two black bears per year, one of which must be taken from Area 10 in the fall.

As for moose, the limit is one moose for every two hunters in the same year in all areas where hunting of this species is permitted.

Hunters are only permitted to kill one white-tailed deer per person per year in all areas except Zone 20 (Anticosti Island, where there is no limit on the purchase of licenses).

Small game is hunted mainly in fall and winter.

In Québec, everyone has the right to hunt as long as they comply with the law. However, this right does not give hunters priority in the use of public land to the detriment of other outdoor enthusiasts, nor does it grant them exclusivity of any territory.

In addition, it is prohibited to knowingly obstruct a person who is a legal hunter and has had legitimate access to the territory in which he or she is located. Indeed, most of Québec's territory being public, it is often necessary to share areas with other hunters or other users of those areas.

However, the right to hunt can in no way limit the right of ownership. A landowner may enjoy their property as they see fit and may or may not grant access to it to a hunter who so requests.

The various users share the territory in Québec on the basis of peaceful cohabitation and ethical conduct.

Non-residents may hunt in Québec but cannot obtain a resident's hunting license. They must acquire ‘non-resident’ licenses, which are a little more expensive than those issued to residents.

They are not required to hold a hunter's certificate to obtain a hunting license. They may hunt on public land, on their own land or on private land, with the agreement of the owners. They may also use the services of an outfitter and may hunt game species with a firearm, crossbow or bow. However, they must use the gear authorized for each species according to the hunting periods in force.

Non-residents are subject to certain additional restrictions on the purchase of hunting licenses and on hunting in certain territories or hunting areas, depending on the game hunted.

It should be noted that for black bear and American woodcock, non-residents must use at least two outfitter services, including accommodation, unless they hunt these species in a wildlife reserve or controlled harvesting area (ZEC).

In addition, a non-resident who hunts black bears with an outfitter without exclusive rights in zones 13 and 16 must, in addition to their regular black bear hunting license, hold a special license issued by that outfitter.

Québec offers very large spaces and endless hunting opportunities. You can hunt many species and try out some interesting and traditional hunting techniques.

But above all, what is extraordinary for a landowner (resident or not) is the possibility of being at home and managing hunting on your property yourself. It’s incredibly satisfying to be able to manage your own forest and the environment to make it welcoming for game, which will then proliferate so you can hunt a certain number of animals each year.

However, as the regulations are changing and are very detailed, it is important to refer to the official website: https://mffp.gouv.qc.ca/

Lodge with exclusive rights in the Upper Laurentians region