Hornbeam is recognized by: 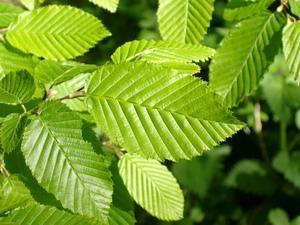 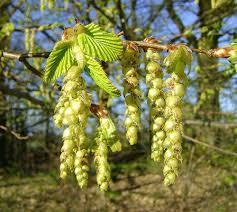 Average annual temperature of 10Â°C. The hornbeam likes light or semi-shade. It likes hot summers but does not appreciate a drought.

Average annual rainfall of at least 800Â mm. Can still be affected by hydromorphy.

Hornbeam likes fresh, damp clayey and/or silty soils. It will thrive on chalk soils but does not do very well in acidic or hydromorphic soils. It is found up to 1,300Â m altitude.

Root development of the hornbeam

Growth and production of hornbeam

Hornbeam is not planted as part of a single species plantation. There are very few pure hornbeam forests in France.

It is mainly found in coppices with standards, especially oak or beech (oak-hornbeam forests, or beech-hornbeam forests) due to its small size: it rarely exceeds 20Â meters high. It is thus often found in mixed forests.

Otherwise, this species is very popular in gardens, where it is often planted as a tree tunnel or hedge. In this case, the plants are spaced 30Â cm to 1Â meter apart. Once the hornbeam hedge has developed, the new shoots simply need trimming to keep the hedge shape.

Not affected by any major disease.

Hornbeam is highly sought for firewood as it is an excellent source of fuel.

However, there is not a large market among sawmills as it is very hard and not used much in construction.

It is widely appreciated by both novice and expert gardeners and hornbeam hedges are common.

Forest for sale in Gers