Cherrywood is recognized by: 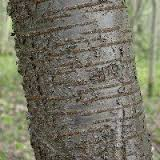 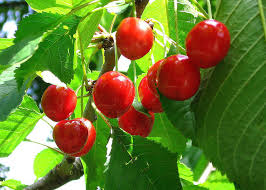 Definition of a forest site:
zone of varying size across which ecological conditions are the same: climate, relief, geology, soil and natural vegetation.

It likes semi-shaded conditions. The cherrywood is not sensitive to cold temperatures. The species adapts to various low-altitude climate types.

Not very demanding in terms of rainfall and atmospheric humidity. It will adapt in dry months if the soil is able to offset the lack of water.

It adapts to different soil types. However, it really appreciates deep, non-waterlogged soils. Chalky or flinty soils are not a problem. It can be found up to altitudes of 1,500 meters. One distinguishing factor: likes a lot of light.

Root development of the cork oak

Growth and production of cherrywood

Cherrywood may be affected by  bacterial canker and three fungal diseases:

Cherrywood timber is valuable when it has its optimal qualities; it is highly appreciated in instrument-making and turnery so the acquisition of a cherrywood forest can be a worthwhile investment. Its high-value wood is also sought after in cabinetwork because of its compact texture and its amber color that deepens with age.

It has been used for centuries. In the past, it was used to make everyday furniture.  It is still found a lot today in marquetry and traditional-style furniture. It has an excellent reputation but was over-planted at times.

Cherrywood is a noble wood and very demanding as to its site. Forêt Investissement can advise you on the acquisition of a cherrywood forest. There is less demand today than at the end of the last century, but there is still a niche market.